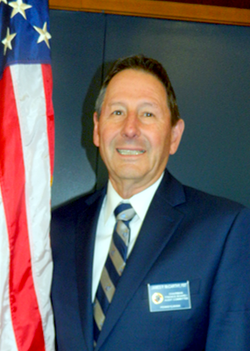 ​
The Fourth Degree imparts a lesson on the virtue of patriotism. The primary purpose of this degree is to foster the spirit of patriotism in members and the community at large and encourage active Catholic citizenship. Local units, called assemblies, draw their members from Knights of Columbus councils. This Pennsylvania East District serves 4th Degree Knights of Columbus members in the Philadelphia and Harrisburg Dioceses.

The Pennsylvania East District is part of the Calvert Province which covers Delaware, District of Columbia, Maryland, Pennsylvania, and Virginia for the Knights of Columbus Fourth Degree Members. The Calvert Province is one of the original 6 provinces established by the Knights of Columbus. It originally included New York and New Jersey. The province was named for the Calvert Family (Lord Baltimore) that formed the state of Maryland.
​
The Calvert Province was established on February 22, 1900, on the principle of patriotism - love for and devotion to one's country. Fourth Degree Knights focus the majority of their activities on this principle.